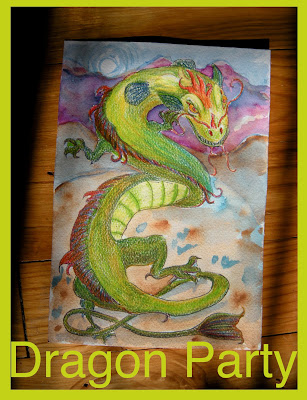 To kick off the Year of the Dragon, I had a party for a few good friends and neighbors to consider the hoped for positive, and, perhaps destructive dragon energy and meet my friend Guy McPherson.

Guy is the author of “Nature Bats Last”, and most recently, “Walking Away from Empire”. I bumped into him at a conference last November and his thoughts and concerns about our short-comings in terms of care-taking our planet home resonated with me. He is a conservation biologist who has a keen grasp of the severe ramifications of the climatic course we’re on. I invited him to come back to Michigan, and we set up a tour of talks in several cities and towns.

After getting help from a bunch of wonderful folks scheduling his Michigan tour-a-thon, I found my car-less, biking self living a different kind of life these past two weeks, while traveling around to various venues.

So, in the spirit of seriousness, fun, and heartfelt appreciation, I thought I might conduct a few interviews with Guy myself, focusing on the how-to’s of delivering such a looming, dooming dragon kind of message, and share some thoughts on what I’ve observed happening at these gatherings. Here’s the first, from our Dragon Party, in Traverse City….

How did you feel when you were invited to give a dragon-breathing presentation?

I was honored to be invited to deliver a message to a group of artists. Also, I was nervous.

Why were you nervous?

My presentation wasn’t about actual facts, it was an artistic interpretation delivered to a bunch of artists and musicians.

But, why would you not give actual facts to artists and musicians?

Is it okay if I just refer to them as artists? I don’t think artists are motivated by facts. I think they are driven by their hearts.

What the heck does that mean, “driven by their hearts”?

Artists are intuitive and rely on whole-body perspective, including hearts and brains. Scientists are driven exclusively by what goes on above their shoulders. They don’t give a shit about anything else.

Let’s get back to this idea of not giving artists actual facts….who do you think you are, withholding “actual facts” from artists? Is your motivation to try to speak their language?

Every audience is different and I want to try to use language they understand.

But you haven’t answered my question, what’s the sense of you talking to artists and holding back on the actual facts?

I think artists have an intuitive grasp of the facts. They don’t need more facts.

You’re just a big dummy and you have nothing to say because artists already have it figured out. Let’s move on. After you finished saying nothing to the artists at the dragon party, what struck you from the reaction of that pleasant little group of folks?

At the time, I thought several people were unbelieving how quickly the industrial economy could collapse. In addition, I thought most of the people present were not interested in making other arrangements.

Wow. Do you believe that when you meet people, at these talks you go in with expectations or that you make assumptions?

Do you think other people understand where you’re coming from in terms of concepts such as industrial collapse and the “making of other arrangements”?

Well, I’m going to ask you to define industrial civilization.

IC is characterized by cities and dependence upon fossil fuels.

Near-term termination of food at the grocery stores, fuel at the filling stations, and no water pouring out of the municipal taps.

Why should artists care about that?

Artists are people. I think they should care about the future for themselves and their children.

What if they don’t have kids?

Don’t you ever feel as if you’re “pissing in the wind”?

Yes, most of the time. I don’t think very many people have changed anything about their lives as a result of anything I’ve said or written.

We’re in the midst of climate chaos and collapse of IC. In response, we should be trying to help each other.

And, what does that have to do with dragons?

Nothing. I cast my presentation in light of dragons, but collapse of IC and runaway climate change are proceeding with or without dragons.

So you abandoned your artistic language?

No, I did not. The dragon is larger than life and he invokes karma. Events tend to happen early during the year of the dragon. I linked the year of the dragon to events in Greece and climate chaos. Because the dragon — the most powerful of the 12 animals in the Chinese zodiac — is karmic, we should love each other. I invoked the Mark Vonnegut line in response to the question, “Why are we here?” Vonnegut replied, “We are here to help each other through this, whatever this is.”

That’s a pretty good dragon-breathing message. Can you reflect on any of the other events of the evening?

One person was concerned that people would not believe me regarding climate chaos and collapse of IC. After failing to alleviate her concern, we began singing and playing music.

Hmmm….I wonder if there is a hidden reflection in there…but I’ll go ahead and ask, as a soap box doomer-delivering messenger…..what experience or feeling did you take away with you after this dragon party?

As usual when I speak with interesting, interested people… I came away with an emotional high…an adrenaline surge….from people who wish to interact and have serious conversation.

Would you say that they heard your serious message?

Yes, I suspect they heard the message.

Final question: What is your priority for the year of the dragon?